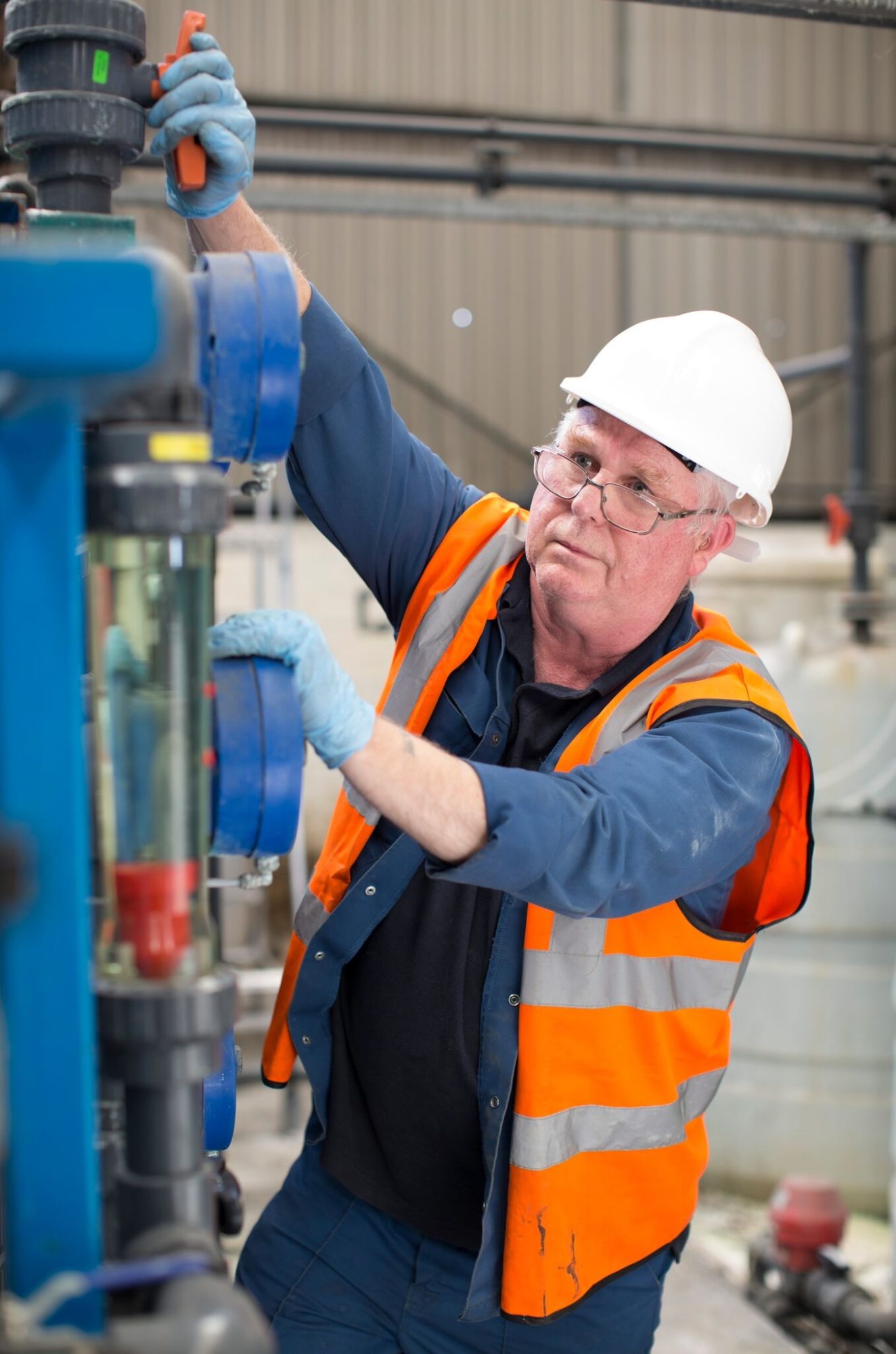 March 1979 was an uncertain time. Emerging from the ‘Winter of Discontent’, James Callaghan’s government had lost a conﬁdence vote, forcing a General Election. Airey Neave MP was killed by terrorists with a car bomb in the House of Commons car park, police in Yorkshire were searching for a killer they believed to be involved in the murder of ten women and economists were widely predicting that Britain was heading for a recession. Appropriately, perhaps, the two number one singles in that month were ‘Tragedy’ by the Bee Gees and ‘I Will Survive’ by Gloria Gaynor.

It was against this dispiriting backdrop that a 19 year-old called Mike Wright from Cadishead was at a crossroads of his own. He’d left school with ambitions of a career in engineering but the fragile economy of the late seventies meant that apprenticeships in the car industry were few and far between. A short spell working at the steelworks in Warrington was restricted by unhelpful train timetables which saw him struggle to arrive at work on time every day. As a remedy to this problem, his mother arranged an interview for him at Lancashire Tar Distillers on Liverpool Road, where she worked as a secretary to one of the directors.

Mike recalls his interview with a smile:

“A man called Harold Rutter met me. ‘Hello Mike, please take a seat. Now, tell me, do you mind getting covered in [Northern word for excrement, rhyming with ‘white’]?’. I said ‘No’ and he just said ‘Well, I’ll look forward to seeing you ﬁrst thing, Monday morning.’”.

Clearly, It was, as the saying goes, a simpler time.

Mike’s ﬁrst role was one of the ‘Yard Gang’, a group of six men whose job was to ﬁll drums of creosote and liquid tar, ready for them to be collected by customers. Another oil product, pitch, was produced at very high temperatures, which, once poured onto the ﬂoor and cooled, had to be broken up with jackhammers and shovelled into drums. Unsurprisingly, health and safety standards in those days were not what they are today. It’s not an exaggeration to say that risks were mostly assessed by the men advising each other simply to avoid repeating the actions that had maimed or killed previous colleagues.

In truth, the tar distillery operation was by then in the throes of a long decline. The nearby Manchester Ship Canal had ceased to be a signiﬁcant means of transport, all the machinery was driven by steam and an antique locomotive was still occasionally used to move materials from one part of the site to another.
After two years in the yard gang, Mike moved to the storage area, loading and unloading products for customers. As custodian of the stored inventory for the next ﬁve years or so, it was also Mike’s job to assist whenever Her Majesty’s Customs & Excise came to visit, to check and meter the accuracy of the record-keeping.

By the 1990s, the Lane brothers had sold their stake in Lancashire Tar Distillers and the operation was renamed Lanstar by the new owners. Amid the many changes around this time was the end of tar production and a focus on chemicals and waste treatment – and one change in particular was to be to Mike’s beneﬁt.

“One Christmas, the chemical operators decided to go out for a few drinks at lunchtime. When they came back, ﬁlled with ‘Dutch courage’, they demanded to see the bosses and ask for better pay. The result was that they were all sacked and I got one of the jobs in the new team.”

This was a much more technical job that required constant monitoring as various materials were distilled, pressurised and mixed to make detergents and wetting agents. Even so, there was little or no oﬃcial documentation to cover the processes involved in working with a wide range of diﬀerent materials, some quite hazardous. Mike was tasked with creating a clear guide to each of the nine diﬀerent major aspects of his role, a project that today, we might refer to as Process Mapping, which also began to inform the emerging health and safety requirements of working in such an environment.

His diligence and growing experience saw him promoted to foreman of the chemical operation at Lanstar. Suddenly, he was on call 24 hours a day, dealing with incidents as and when they occurred.

His abilities were further recognised when he became Plant Manager of the Hydrocarbon section, in overall charge of the collection and storage of the waste oil being processed on the site. In order to fulﬁl this role, Mike needed qualiﬁcations. For ﬁve years, he studied in evenings and at weekends, passing sixteen exams and eventually earning a City & Guilds Level 3 qualiﬁcation in Process Plant Operations.

Unfortunately for Mike, after all that eﬀort, plummeting oil prices put a stop to the viability of Lanstar treating waste oil, resulting in the closure of its Hydrocarbon division. Instead, Mike moved to the Solid Fixation Plant, supervising the diﬀerent processes of making cake for landﬁll.

By this point, the new millennium had dawned and things were about to change again. Lanstar had spent years trying to make the most of their investment in the former Lancashire Tar Distillers site but economic realities had made them an attractive takeover prospect and in 2000, the company was acquired by CSG.

Immediately, eﬃciencies were made, which included a number of redundancies. Recalling the uncertainties of the time today, he’s quite sanguine: “I reckon I dodged redundancy a couple of times”. It’s likely his wide experience was seen as an asset at the time as his new role of Shift Leader of a reduced workforce meant that he needed to be versatile enough to work on all the remaining aspects of the business.

Another stint followed on the ‘Solid Fix’ plant, while Mike worked to obtain a Diploma in IT, furthering his interest in the maintenance of the computers which were starting to become a central part of every workplace.

For the last four years, Mike has been tasked with overseeing CSG’s innovative nickel and copper reclamation processes, as the valuable metals are separated from scrap material using a process called electrowinning. It all sounds deceptively simple but daily exposure to the hazards posed by electrical currents and sulphuric acid suggests it’s a job for someone with lots of experience of following safely procedures: “I watch what I’m doing.”, Mike says, modestly. “Slower is usually safer.”

Despite (or perhaps because of) his seniority, Mike’s adherence to safety protocols has led to him receiving his fair share of ribbing from his colleagues. One notorious gag that did the rounds for a while was this: ‘What do Michael Wright and Michael Jackson have in common? They both wear gloves for no reason!’
Despite the notability of the occasion, Mike recalls the ups and downs of his career over the last forty years with little ceremony.

“It all seems to have gone past pretty quickly. I’ve always said that working here has been like playing a game of snakes and ladders. I’ve been up a few ladders and down a few snakes – and now I’m happy to stay out of the way of them both. I have looked at other jobs over the years but this is local and you’re never sure what might happen at a new place. I look at some people who are always swapping jobs but it never seems to make a lot of sense to me.

The world has changed hugely in the last forty years. Technological and social changes have seen our lives become hugely diﬀerent from those in the late seventies – for better and, in some ways, for worse. March 1979 was an uncertain time but despite the many improvements we’ve experienced in that time, uncertainties about the future have always remained. One lesson from Mike’s story is that, when he started work at Liverpool Road, Cadishead, even though so much in the world seemed like a tragedy, he did survive.